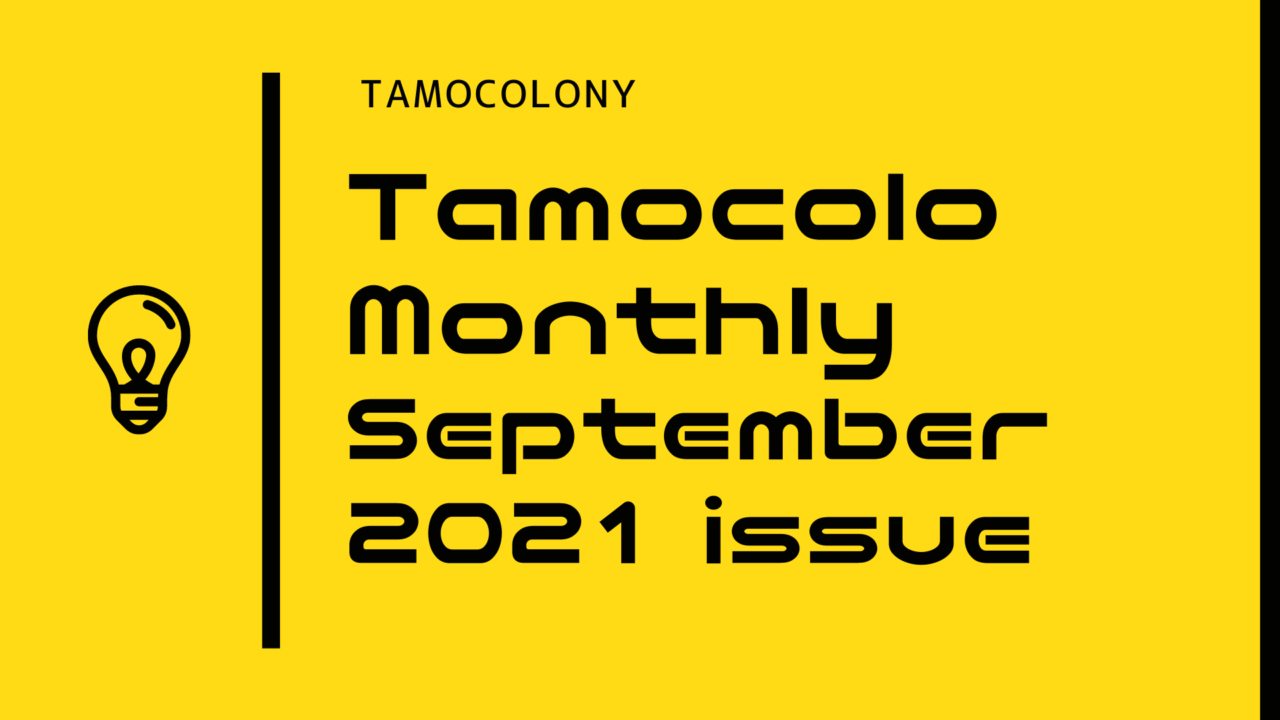 If you look at the articles I’ve posted in September 2021, I’m no longer a tech blogger but a gadget blogger.

【September issue of Tamocolo Monthly】I'm going to finish updating my blog every day for 100 days. Is it a gadget blog anymore?This is a project to talk about the previous month's blog operations...

This monthly report seems long to me personally since I’ve been doing the daily update challenge, but this is only my third month as a blogger.

I don’t tweet much on Twitter, and I don’t have many opportunities to talk about myself on the blog, so I’d like to introduce myself again.

As you can see in my profile at the bottom, I am currently working as a network engineer.

On the other hand, I use my free time to do web writing, web production, and blog management as side jobs.

As a web writer, I regularly contribute articles to a media outlet called Workhip MAGAZINE, which I hope you will enjoy reading.

I’ve been taking on various challenges as an excuse to update my Twitter regularly and report on my progress daily.

I’m currently a network engineer, but I’m also interested in becoming a programmer, so I started learning development using Progate when I opened my blog.

If you’ve been following my Twitter feeds closely, you may have noticed that my enthusiasm for Kotlin has waned.

In that sense, I feel that this challenge is meaningful. Why is that? Because I have to keep going even if I’m not interested, even if my enthusiasm has waned.

I’m not going to lie about these three challenges, as I have reported failure in the Plank 100-day challenge. I’m 93 days into that challenge. I can’t stop here.

In last month’s article, I stated the following.

However, since I’m busy with my other side jobs, I can update either my main blog (tamocolony.com) or the English version (entamocolony.com). That’s the rule I’ve set.

I’m still following this rule. The English version of this blog is getting a fair amount of traffic, and Google Analytics shows that it is being viewed from English-speaking countries.

However, we are relying too much on English articles, as I will explain later in this article. I would like to post more useful Japanese articles, but I use tech articles as a reminder of new discoveries in my daily work.

It’s hard to create new articles, and I end up introducing gadgets such as smartphones and PCs.

PV number/earnings of tamocolony in September 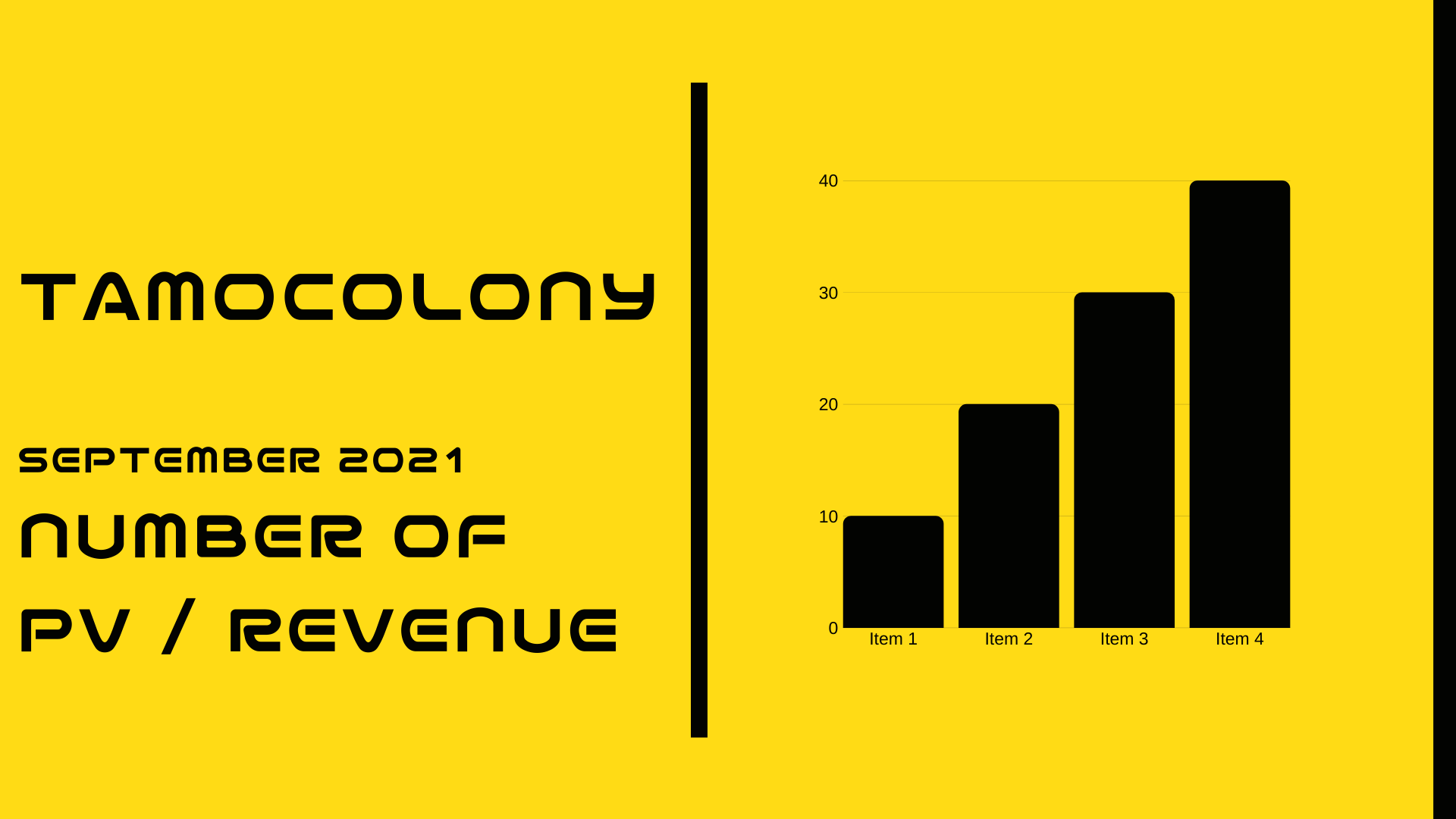 As mentioned in the title and the beginning of this report, the number of users increased significantly in September.

The comparison between August and September is as follows.
English blogs are not counted.

You can see that the number of writings has clearly decreased.

However, on the other hand, the number of PVs and users browsing the site has grown to almost double that of last month.

If only I had written a little more…. But I’ve decided that it’s the only way to maintain daily updates.

Also, September 2021 was the month when Adsense started to work properly, and I was fortunate to have a decent number of PVs, which brought my earnings to 3,000 yen. This means that I am earning money even when I am writing this blog.

Articles that had a good response in September

In addition, we knew that there was still a demand for M1 Macs in the market, so we took a number of measures to be the first to test them on M1 Macs, which led to the growth of our articles.

However, I was honestly disappointed that an article on earphones from Daiso, which I wrote very early on, jumped to the number one spot.

What to do when pop-ups keep appearing when using a Mac in a proxy environmentWhat kind of environment do you use your Mac in? If you are using th...

【A NEW PRODUCT】 Google Drive for PC announced. Users who use backup and synchronization should prepare for migration. Google Drive is an online storage service that I personally us...

【2week Review】Is the REALFORCE for Mac really a good keyboard？It's easy to get swamped in the keyboard world. I've heard that the ...

What's the difference? Windows365? Microsoft365? Office365?Recently, Microsoft has been offering a lot of services that use the...

【Year 2021】How to choose a Xiaomi phone? How to choose and recommend the best phones.My current Google phone, Pixel 4a (the one not 5G), has been going b...

As I was writing this article, I felt that the competition was too strong at new product launches, etc. I immediately updated my article on Apple and Surface’s new products right after their launches, but I was not able to catch up with the powerful media and only ranked 40th.

However, once I pass the Adsense test, I’ll have to worry about my earnings. I don’t want to be too conscious about it, but I’d like to finish updating every day for 100 days at least. 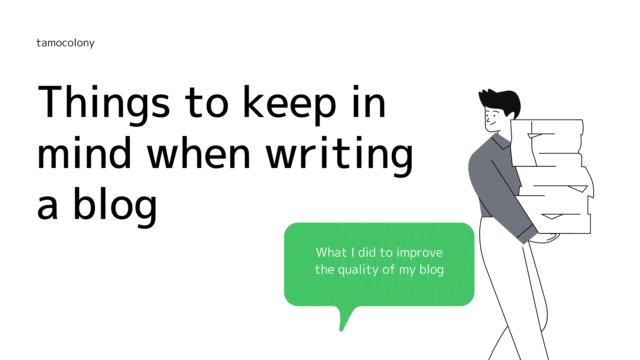 Even in the game world, warp zones are not always obvious【How to connect new knowledge to work】